BranislavIvanovicmade his Serbia senior national team debut against Italy in Toronto, Canada on June 8, 2005. The utility defender played the final 13 minutes of the game after coming on for Marko Basa as the two teams played out a 1-1 draw. BranislavIvanovic missed out on the Serbia and Montenegro squad for the 2006 FIFA World Cup tournament in Germany. He didn’t feature for the national team until his country’s dissolution. 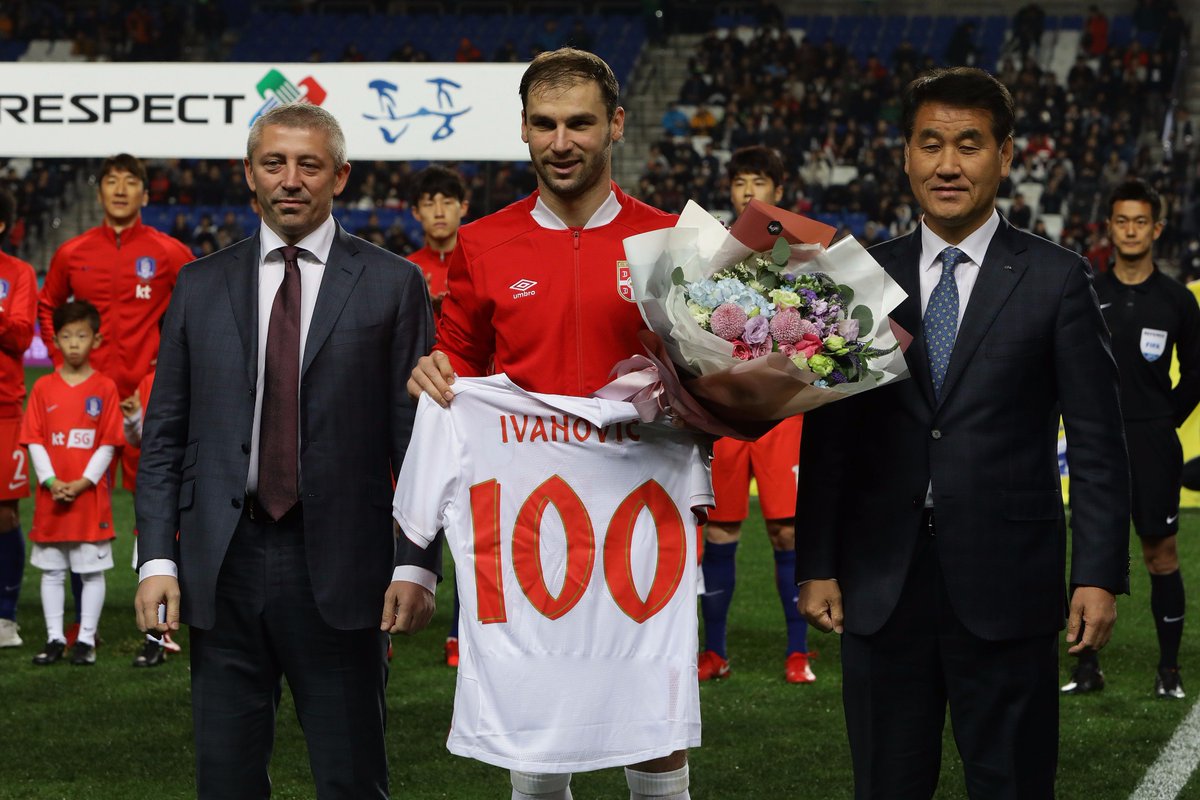 Ivanovic scored his first goal for the Serbia senior national team against Portugal in Lisbon on September 12, 2007. The Portugal game was a UEFA Euro 2008 qualifying clash. He scored off the in-swinging free-kick from DejanStankovic to secure a 1-1 draw for his team.

BranislavIvanovic continued to enjoy a starting XI berth for Serbia during the 2010 FIFA World Cup qualifiers despite the fact that he was not a regular at Chelsea. Ivanovic was a regular for Serbia under new manager RadomirAntic as they sealed their place at the World Cup tournament in South Africa. Ivanovic scored three goals in nine games during the qualifiers for the World Cup in South Africa. At the tournament proper, Ivanovic played every minute as Serbia exited the tournament at the group stage.

In his first appearance as the Serbia skipper, BranislavIvanovic found the back of the net to lead Serbia to a 2-0 win over Armenia in what was an international friendly played in Cyprus on February 28, 2012.

While SinisaMihajlovic was the Serbia manager, Ivanovicplayed as a central defender during several friendly games before returning to play as a right-back on a regular basis.

BranislavIvanovic was named the Serbian Footballer of the Year on December 28, 2013 as he became only the third player to win the award twice after NemanjaVidic and DejanStankovic. He was the first Serbian to win it in consecutive years.

This entry was posted in Uncategorized and tagged Marko Basa. Bookmark the permalink.