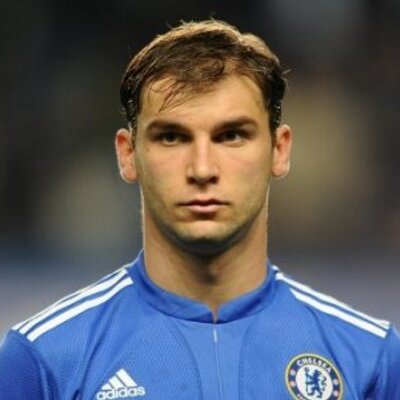 Branislav Ivanovic has refused to rule out a move away from Russia next year, with Barcelona knocking on the door to acquire his services.

According to Goal, the Catalan giants are preparing a January bid in the region of $12 million to bring him to Catalonia, as the long term fitness of Samuel Umtiti remains in doubt following a surgery on his knee.

Barca will be hopeful of agreeing a short term deal for the Serbian before chasing Ajax centre back Matthijs De Ligt next summer, as manager Ernesto Valverde looks to bolster his defensive options.

Ivanovic’s current contract at Zenit is expected to expire at the end of the season and is free to talk to other clubs in the New Year.

Speaking to Zenit’s official website, Ivanovic addressed the growing speculations linking him with a move to Spain in the January transfer window, admitting that he doesn’t know yet what the future holds.

He said, “I am pleased with everything at Zenit. But in football, you never know what will happen tomorrow. Now I’m giving everything to Zenit and preparing for the next game.”

Barcelona’s problems in defence continued over the weekend as they lost their spot on top of the La Liga table after failing to beat Atletico Madrid at the Wanda Metropolitano.

The Spanish giants were staring at defeat in the eye when Diego Costa coasted through the defense to fire one past ter Stergen on 77 minutes before Ousmane Dembele managed to snatch a crucial equalizer late on in added time.

Ivanovic is expected to feature in Thursday night’s Europa League clash between Zenit and Copenhagen before returning to domestic duty against Arsenal Tula next Monday.