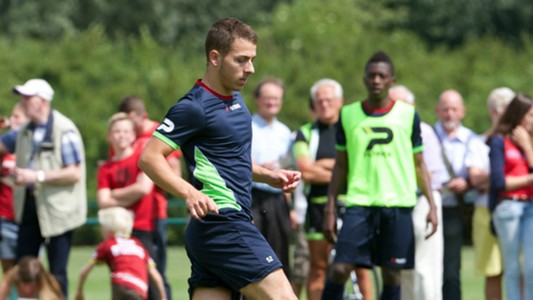 The 22-year old would join the development team at the club. Kylian featured in 42 games for the club in the last two years. He gets to be close to his brother while developing himself at Stamford Bridge.

The Belgian would be involved in development team’s clash with Sunderland, according to reports. The game is slated to happen at home on Sept 9. Moving to the club is not guarantee that he would feature in the first team, with his brother. Eden’s other brother Thorgan also signed for the Blues where he was from 2012 to 2015. He never made any first team appearances.

Thorgan played on loan at Zulte-Waregem and Borussia Monchengladbach before he eventually agreed to join the German Bundesliga side on a permanent basis.

There are rumours that Chelsea made the move to keep Hazard happy and bring family closer. There have been links to Real Madrid. It is being speculated that the player could move to Spain from next year as he seeks a fresh challenge.

The player has been injured but he is set to make a return to the Chelsea first team after the international break. After a slip against Burnley in the opening game, the defending champs returned to two victories against Spurs and Everton. Eden would play a critical role going forward as the club seeks to keep up the winning run. He scored 18 times in all competition last season as Chelsea won the league and could replicate such figures this campaign.

This entry was posted in Branislav Ivanovic and tagged Card, Ivanovic. Bookmark the permalink.